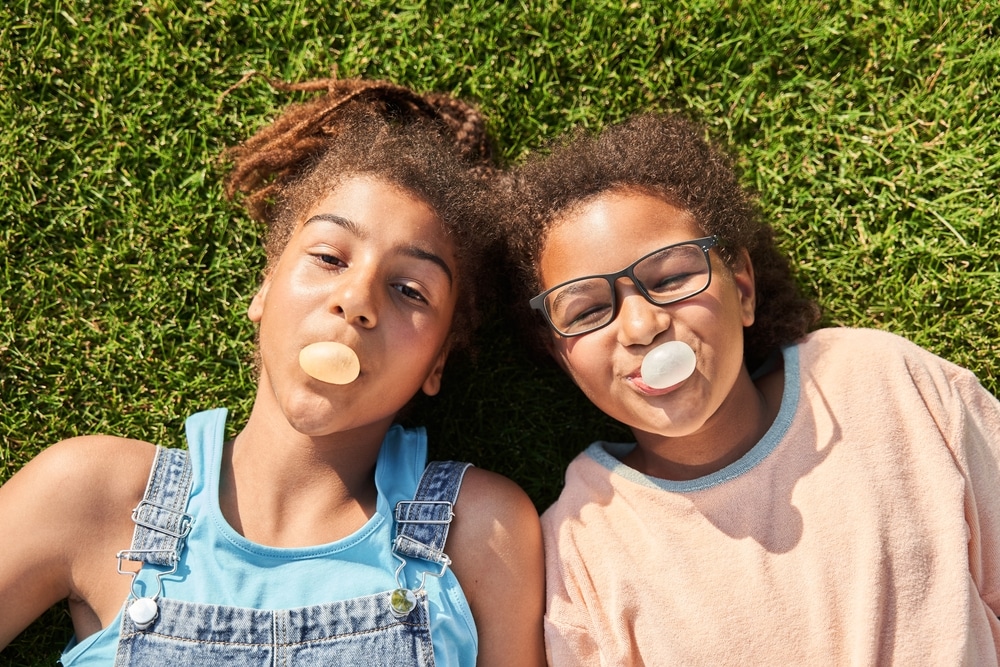 If you’ve purchased sugarless gum or mints in the last several years, you’ve probably encountered the ingredient xylitol. Now, xylitol is popping up in children’s toothpastes, mouthwashes and other oral health products too, often along with claims that it can reduce the risk for cavities. But, what is xylitol and is it safe for children? Can it really prevent cavities? The team at Bitesize Pediatric Dentistry in Brooklyn will cover everything you need to know about xylitol for kids.

Xylitol is a type of natural sweetener called a sugar alcohol, though it doesn’t actually contain sugar or alcohol. It’s found in a variety of fruits and vegetables and our bodies make tiny amounts of it when we metabolize carbohydrates.

Xylitol tastes just as sweet as sugar, but it has fewer calories and doesn’t feed the cavity-causing bacteria in the mouth like other carbohydrates. It also has a low glycemic index, meaning it doesn’t cause a spike in blood glucose or insulin, making it a helpful sugar alternative for people with diabetes.

The sweetener is commonly used as an additive in foods and different health products, including sugar-free gum, hard candies and mints, jams, vitamins, chocolate, cough syrup and even saline solution for nasal rinses. You’ll also find mouthwash and toothpaste with xylitol for kids and adults.

Most likely. Studies have shown that xylitol does prevent cavities in kids and adults, however, in these studies, the xylitol was generally given in large doses very frequently, which isn’t necessarily realistic. Additional research is needed to hone in on just how effective xylitol is and what the best delivery and dose is for kids.

On a basic level, the bacteria in the mouth aren’t able to use xylitol as a form of energy like they can use other sugars and starches. Therefore, it doesn’t cause cavities, so it’s preferable to sugar in gum, mints and certain products.

Research published in the journal, Clinical, Cosmetic and Investigational Dentistry found evidence that regularly consuming xylitol reduces the amount of mutans streptococci (MS), the bacteria most commonly associated with cavities, in plaque. Over time, it’s thought that these “bad” bacteria die off and fewer are able to survive on tooth surfaces. Less plaque clings to the teeth and the levels of acids that attack the teeth are lowered, reducing the risk of cavities.

Xylitol may not only target cavity-causing bacteria either; it might also inhibit the growth of the bacteria tied to the most severe form of gum disease, called periodontitis. A study in Clinical and Diagnostic Laboratory Immunology discovered that xylitol was promising as an anti-periodontitis agent and for reducing inflammation of the gums.

Chewing on xylitol gum or sucking on a sugarless mint containing xylitol increases the flow of saliva as well, as does any type of sugarless gum or mint. This helps to rinse away bacteria and acids and remineralize the tooth enamel (replace the minerals that are lost to plaque acids), preventing tooth decay or even reversing it in its earliest stages.

Lastly, research suggests a link between mothers of infants regularly chewing xylitol gum and a reduction in cavities in their children. MS bacteria is often passed from mother to baby through kissing, sharing utensils, etc. The cavity-causing bacteria then start to grow in the child’s mouth. When moms with a high level of MS bacteria chewed xylitol gum, the transmission of the bacteria in early childhood was reduced, as was tooth decay.

Is Xylitol Safe for Kids?

Xylitol is considered safe for kids and adults in the amounts found in oral health products and food. It’s approved by the Food and Drug Administration (FDA) for use as a sugar substitute and additive. The American Academy of Pediatric Dentistry states it, “supports the use of xylitol and other sugar alcohols as non-cariogenic sugar substitutes.”

Large amounts of xylitol, over 30 to 40 grams, can cause diarrhea, gas and other digestive issues. However, the amount tolerated varies by person, so it’s best to start with a smaller dosage. Xylitol is toxic to dogs even in small amounts. If a pet ingests it, head to the vet. 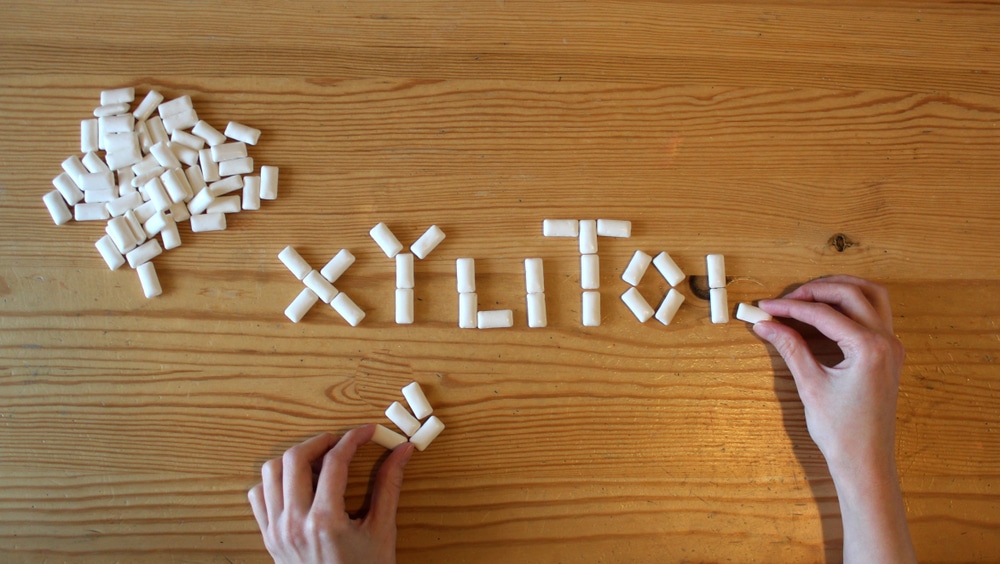 What Xylitol Products Should Kids Use and at What Dosage?

The most common way for kids to get xylitol is through sugarless gum and mints. For the mint or gum to be effective for preventing cavities, usually the first ingredient listed should be xylitol. If your kiddo isn’t old enough for gum and mints, you can try a toothpaste for kids with xylitol.

What’s the best dose of xylitol for kids? The California Dental Association and several other organizations suggest that a total of 5 grams divided into three to five doses is ideal. If using gum or a mint, the gum should be chewed for at least five minutes and the mint should be allowed to dissolve in the mouth. Each piece of gum, each mint or each toothbrushing session would be considered one dose.

Learn More About Cavity Prevention from a Brooklyn Pediatric Dentist

If you have questions about xylitol for kids or preventing cavities in general, schedule an appointment at Bitesize Pediatric Dentistry in DUMBO, Park Slope or Williamsburg, Brooklyn. Our expert pediatric dentists focus on prevention and education. We’ll work with you to create a personalized plan to keep tooth decay away.